When travelling by air you can prepare your service dog ahead of time to reduce the stress for you both. Airline travel is not suitable for dogs that are anxious, do not like small spaces, crowds, get car sick or are sound-sensitive. A dog that has a stable "bombproof" temperament is the ideal. Train for the worst case scenario for the people around you and your dog will be prepared for anything.

First Know the Air Transportation Laws in Your Country.
Here is a link to the new (Jan. 2021) US laws around service dogs and airlines.

The Canadian Transport Agency also has new regulations (as of June 25, 2021). They have a descriptive section for how much space each dog needs to be given by size of dog. 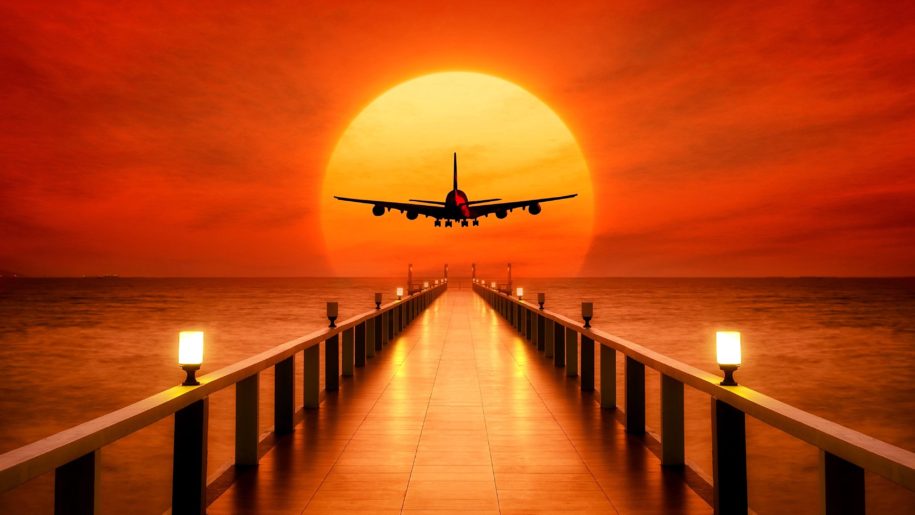 Tips for Preparing a Dog For Travel by Air Plane:

A Personal Experience with Flight Travel

Haley Mauldin shared her first experience flying with her SD. Here is what she wrote!

Things I did to Prepare:
• Played youtube videos of planes taking off through the speakers in the car (good way to get them used to how loud the plane is especially during take-off and landing).
• Did a lot of tuck practice in small spaces.
• Practiced putting Morgan in a sit wait (I use a wait command and a stay command depending on the situation), walked away from him, then stopped, turned around, and called him to me immediately into a sit stay. We did this with a lot of distractions.
• Use the bathroom on command.

Our Experience:
• I flew Southwest, when I bought the ticket I said I was flying with a trained assistance animal, I had no trouble at the counter and didn’t get asked for anything (I was, however, using Morgan’s pull strap due to a recent dizzy spell so I think they assumed he was a SD not an ESA).
• Went on Morgan’s first shuttle thing through the airport, something we hadn’t really prepared for but he did fine.
• When we got to security we went through a different line a little ahead of everyone because they had a working bomb sniffing dog and didn’t want him to get distracted by Morgan.
• We went through the metal detector separately. Really glad we practiced in highly stimulating environments because there were two ESAs losing their minds over Morgan just on the other side of the metal detector.
• I went through and they swabbed my hands then had me call Morgan through but I couldn’t take his leash until they had the results from the swabbing so it was good that we had practiced him coming to me and immediately sitting.
• I didn’t take his vest off when we went through but wish we had because Morgan carries two sets of medications of mine in his vest and they had to pull them out of his vest and examine them, in the future I will just take his vest off and send it through the scanner.
• On the other side of security we ran into the two ESAs on flexi leashes that were barking and running up to Morgan and one started snapping at Morgan so I switched sides with Morgan and body blocked them from Morgan (he did great ignoring them).
• My flight ended up getting delayed an extra hour because of a storm over the airport. All in all Morgan ended up going nine and a half hours without a bathroom break. The morning we flew I only gave him his breakfast and let him drink water until about noon (we got to the airport at 4:00pm). I’m really glad I didn’t feed him after that. On the plane I gave him a little water and some of his kibble to tide him over.
• We loaded onto the plane after those in wheelchairs and were given bulkhead seating. Thinking back on it I’m really glad we took the bulkhead seating as it allowed Morgan to do paws up DPT while we were flying which I don’t think he would have been able to do in a regular seat. He, however, wasn’t too fond of not being able to tuck under but it ended up working!
• I brought his small dog bed that rolls up for him to lay on (I use it when we go to class so he knows exactly where to go).
• When it came time for takeoff Morgan checked in with me a few times and I gave him a little kibble to get his jaw moving to try to help with the pressure changes in his ears just to be safe.
• He checked in a few times with me at first but then relaxed.
• When it came time to get drinks I got ice water and gave Morgan a couple of ice cubes (he loves them) which I felt he deserved and was a good way to give him water without having to worry about spilling.
• The one thing I wish I had done a little more exposure with was the opening of soda cans. I don’t drink much soda so Morgan wasn’t really familiar with the sound and they were opening all of the cans on the other side of the thin wall right in front of where he was laying. He was fine but a bit confused at first so something we are going to work on.
• Morgan did a few alerts and DPT during the flight and then really just slept the rest of the time. I brought his sweater but didn’t end up using it.
• All in all the flight ended up being almost six hours with around nine and a half hours between the plane and airport.
• Got the usual comments about “what’s wrong with you?” “Who trains pitbulls to be service dogs?” “Are you blind?” “Who are you training him for?” But I have my canned responses so I just used those and moved on.

Thanks for sharing Haley!

3 x 30 min private web cam sessions available for each class and level.
(must be used within 30 days of purchase)
Purchase any time.